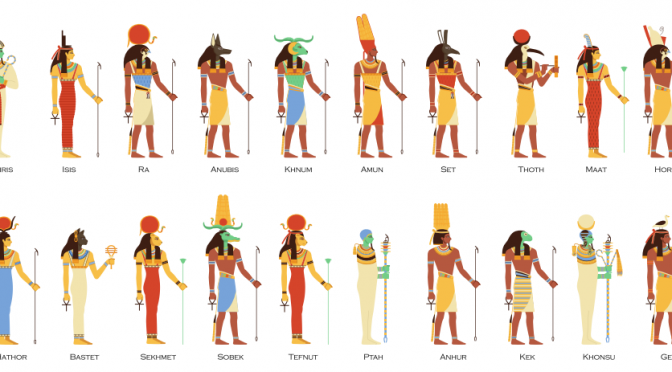 Why work with a deity?

Among the most common questions I am asked are how to find which deity to work with, and how to start working with them. Let’s start by considering why we would want to work with a deity in the first place. After all, in this New Age, where everyone looks to the light, or Goddess in general, rather than worshipping ancient deities, why not just open to God?

There are a few points to raise here. First of all the real meaning of Deva (the Indian word for God) is attribute. It is well known that there is one overall creator, but it is so far beyond our understanding that we need to describe all its many attributes in order to get a sense of it. The Source is pure awareness; undefinable, a-dimensional. We cannot directly know it, but can know its attributes. As we are complex individuals, we each relate better to a different attribute. This is not a limitation, rather a way into the whole. We start with what is closest to us, and use that as our first stepping stone to explore deeper into the nature of creation.

For practical magick, we need to be in touch with the energies that will fulfil our goals. The Source can do anything, but there is not yet any definition of anything it might want to create. As it differentiates into the different attributes, it forms filters that can perform specific functions. These are like lenses that focus the pure power of Source in a particular way. For example, Lakshmi is the focus that creates wealth, Kali is the focus that destroys any darkness in our lives, Shiva is the energy of our drive towards enlightenment. Each can do far more than these simple functions, but these attributes are the starting points for getting to know them, and therefore getting to know the Source. Many people ask, “why don’t you just ask God?”, but this is like trying to use electricity without any appliances to plug in.

Another point to consider is that these New Age teachings were largely created by those with an agenda to keep us under control. This concept of just being love and light rather than worshipping the Gods was stolen from an old story from the Vedas; the story of the three cities.

These three cities were inhabited by demons, who had achieved great success through their worship of Shiva. The Gods were very insecure about these demons being in a position of power, so they planned to destroy them. However, they could not be harmed as long as they worshipped Shiva, so the Gods needed to undermine their practices in order to make them vulnerable.  So they sent in false teachers, who pushed aside the worship of the Gods in favour of a non-personalised love and light. Once the demons stopped worshipping Shiva, they were destroyed.

This is very similar to what happened in Egypt during the Great Heresy, when Aken-Aten did away with the traditional Gods and worshipped only the sun disk, leading to the fall of Egypt. Such new age teachings neither protect you from enemies nor help you win in life. And yes, we do have enemies, whether you like to think so or not. Just witness how much oppression and destruction world leaders have put upon us in the last two years. If we want to go forward, we need to return to traditions that actually work.

Choosing a deity to work with

OK, so let’s start by considering how we find which deities want to work with us. Different traditions have different methods. In Vodou we do a reading for each new initiate to find which Lwa are with them. In both Vedic and Egyptian magick, we allow the deity to come to us in dream. It starts by putting out the call. If you put out a sincere prayer, with emotion, every night before going to sleep, it opens up your dreams as a channel of communication with the Gods.  This simple call is far more effective than any modern lucid dream techniques, as it is in line with the true power of the dream world. Learn to see dreams as communication with the Gods, rather than believing in any modern psychological interpretations of what dreams are.

Egyptian tradition has a kemetic prayer for this purpose:

Just recite this short prayer before going to sleep. You will probably need to do it several nights running, before you meet your deity in dream.

Incidentally,  your deity doesn’t have to be Egyptian for this prayer to work. As an example from my own humble beginnings, when I did this prayer, Kali came to me in dream, very strongly. In fact, she came to me in several other ways; she possessed me in Vodou initiation, came to me in medicine ceremonies and taught me her songs, and was the one who turned up in any initiation, wherever I was. So such prayers are cross-cultural. Use any method to open up to your deity.

Spiritual practices to work with your deity

Once you know your guardian deity, the next step is to start integrating it in your life through appropriate spiritual practices. It can start with a simple daily prayer to your deity. Set up an altar, with a clean cloth, a small bowl of water, a candle, and an image of your deity. Offer candles, incense and your prayers. If you work with a Hindu deity, you can start practicing the mantra of that deity. It’s normal to complete a Sadhana, in which you complete 125,000 repetitions of the mantra over a period of time, counting them on a mala. It’s normal to do 30 malas a day for 42 days. Then after that, recite the mantra as much as you like, in daily meditation, without having to count them.

Personal devotional prayers can be started when you have had time to prepare them. In my previous article: “Preparation for Initiation”, I described the 7 types of devotional prayer. You would write these personally, and recite them daily for 9 weeks. If combining this with mantra practice, you could reduce to 20 malas a day, to complete the Sadhana in the 9 weeks.

During this devotional period, it is important to adopt the right attitude, which is seeing the Gods as real, remembering your deity is with you every moment, so you become more and more aware of their presence. During this time you will also get to know your own conscience, and avoid any behaviour that is not aligned with your deity.

Co-creating with your deity

Getting to know your deity also involves sharing ideals. When you have the deity that is closest to you, you will find that your ideals naturally match the nature of that deity. You are entering a relationship of co-creation. This is not the same as asking someone to help manifest your goals, rather you work together on shared goals. This is far more powerful. Sure, you have an agreement in which they help you with your goals and you help them manifest their goals, but in time you realize that your goals are the same. Even what they want for you personally will match their nature and your deepest needs. According to the nature you share with your deity, some people will be drawn to a more spiritual life, others love luxury. Some seek love, some seek power. Know that following your intrinsic nature is what pleases your deity and brings success in all you do.

A note about surrender: it doesn’t mean giving up on yourself to follow something external. It means being vulnerable to that which you would like to change you. It can be scary, as you don’t know what you are changing into, but it will be for the better. To be vulnerable to love is to change because you are loved. You don’t want to be vulnerable to anything abusive, or anything that takes you away from yourself, but rather be vulnerable to love, to the Goddess, to your personal deity and to your own power.

Being closer to your deity will mean remembering your power, remembering that you are a God. You start to return to your real dreams, that you may have forgotten through lack of confidence in your ability to manifest them. Being a priest or priestess in the modern world brings you certain responsibility. This is nothing to do with being “good” by anyone else’s definition, but co-creating the kind of world you want. As you gain confidence in your ability to create your dreams, you first change yourself and your own life, then your family and friends, then make change locally, and finally, globally. This all becomes not only possible, but natural, through closeness with your deity.

Resources for working with deities

I have various attunements and courses for anyone who wants more help working with deities. On my courses page, there is initiation into Vodou and Egyptian magick. There are Vedic empowerments, and attunements to various Goddesses. Also, I can bind Devatas for you, which are personal servitors of the Devas, or their Egyptian equivalent, Paniwi’s. These are powerful personal guardians to empower and protect you and strengthen your connection to your deities.

I will be further exploring the theme of working with deities on my Magick Students Question & Answer call on Sunday, 4 September 2022.

2 thoughts on “Working with Deities”