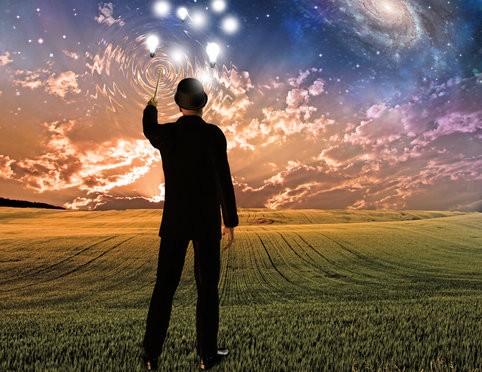 The importance of belief 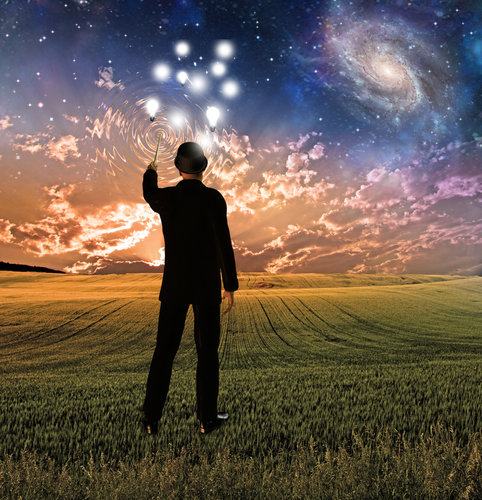 Of all the different forms of magick, which is going to work best for you? This will depend very much on your belief system and the symbolism your subconscious likes to use. Very early in my career, I learned some valuable lessons about belief. In those days I was into dowsing and attended a dowsers’ convention. There was a man who said he could neutralize an underground stream so no dowser could find it. Nobody found it except one man who came in late and didn’t hear him say that it couldn’t be found.

Another dowser said he couldn’t dowse through metal, so we laid aluminium foil under half the carpet, and hid coins for him to dowse for. Only we told him that the other half was where the foil was. He wasn’t able to find the coins where he thought the foil was, but easily dowsed them under where the foil actually was. This showed me very clearly that belief was the determining factor in all psychic endeavours, just as all religions and magickal systems talk about the importance of belief.

As I was a scientist into dowsing (I have a degree in Physics), I got the opportunity to open up some expensive radionics machines to see how they worked. I found there was very little inside, and most of the dials weren’t even attached to anything. When I pointed this out to some of the users, some of them could no longer dowse, as their belief in the instrument was shattered. Once again, it showed that the power was in the human mind and determined by belief. It seems that most people need some external prop to believe in, rather than believe in their own power.

I use radionics as my first example as it was my first introduction to magick, and it is a system of magick rather than technology. I can tell you as a scientist that the machines don’t do anything. They are just a focus for the mind. They have had to get much trickier though in convincing the mind that they work. So now you get real frequency generators and all kinds of chi generators. It needs to be remembered though that electronic frequency generators don’t affect reality; the mind does that. For all the modern complexity, it is still a system of mind magick.

The importance of symbolism

It is understandable that a machine would become an instrument of magick, when you consider how automatic it is for us to achieve many things by pressing buttons or flipping a switch. So, our subconscious mind can work with such tools easily to make changes in our reality. This brings us to the point I mentioned above about the symbolism your subconscious likes to use. This is a very individual preference. As the subconscious loves to work with symbols, it is easy to build up a dialogue with it, just by allowing its natural symbolism to be expressed.

An easy method to begin with is to make an inner journey into your subconscious. You can enter through any symbolic method you like: going down a stairway into the earth, using a magick word, or being guided. How your subconscious appears to you is the first important clue to your magick. To some it may appear as a vast library with many long corridors, where everything is stored. To others it may have a modern techno look, like a massive computer terminal where everything is stored. And others will see it in a far more mysterious way, where all information is stored in nature, and all symbolism is about seeds, growth etc. This shows whether your subconscious is better suited to the modern path of psionics, the hermetic path, or the orphic path. Psionics is the study of paranormal phenomena in relation to the application of electronics, Hermetics is all about the mind, with complex invocations and formulae. The orphic path is more of the heart, expressed through devotion, arts and nature.

Where do you recharge yourself? 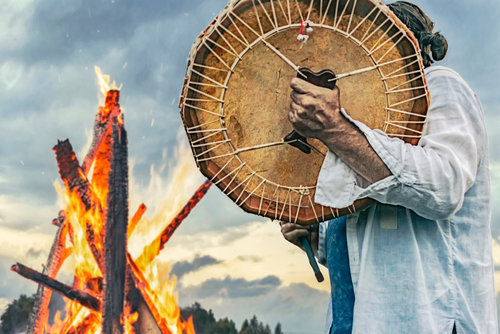 Another important consideration, is where do you go to recharge yourself? This is also where you find power. It shows that you come here to replenish the life energy. Some may go to church or some temple, others go into inner worlds, others go into nature. Even though some may recharge themselves by escaping into video games, this still shows the hidden power within technology, so it’s a clue that these individuals might be best using psionics. Those who find strength in inner worlds rather than this world need to follow the path of shamanism. Those who like temples and religious places are best following a structured hermetic path with a deep religious basis. Those who find most strength in nature are best off following the path of wicca.

This brings a whole new dimension to magick, as not only are machines discarded in favour of gifts from nature, but a rapport with the spirits of nature becomes an essential part of magick. It’s no longer you alone shaping your reality, but you find many powerful spirits to co-create with. Tree spirits are very common helpers, but the witch will also use plants, crystals, rivers, fire etc. Everything in nature becomes a source of deeper power and love.

What do you believe in?

The next question to ask is, do you believe in spirits and deities, or do you believe it’s all about you shaping reality just with your own mind? I once spoke with a man who was practicing Egyptian magick and invoked various of the deities, but he insisted that these deities weren’t real, and were only projections of the mind. He wondered why his magick never worked.

My advice is don’t do anything that you don’t believe in, as it’s your belief that are important. If you don’t believe in spirits, you are better off working with psionics and chaos magick rather than invocation, though even then you will learn to work with servitors at some point. We all have egos to work around that constantly try to tell us that we don’t need help, we can do everything by ourselves, and better than anyone else could do it.

As we grow out of our ego perspective, we discover that it is extremely beneficial to find other beings to help us, as some of them have specialities outside human skills. In radionics you create artificial intelligences called servitors. In Wicca and shamanism, we work with nature spirits; some invisible, some in the form of plants, tree spirits, stones etc. In hermetic magick there are various hierarchies of spirits to call upon.

None of this denies the fact that we create our own reality. When we separated from Source, we left much power outside ourselves as our limited conscious mind cannot hold it all, but it is all out there to help us when we learn to relate to it in the right way. This is what magick is about: learning effective ways to relate to the vast power you are somehow connected to.

Some tips for success with your magick

Once you have found the best magickal path for you, there are a few tips to make sure it works. First, don’t try anything beyond your genuine belief. If you try something too big and don’t really believe it will work, then it won’t. This will undermine your confidence, so you will have even weaker belief next time you try, so you are setting up a downward momentum. Start off small, then as you see results and gain confidence your belief will increase, so you can attain bigger goals. This way you establish an upward momentum.

Secondly, remember that you create your own reality, therefore don’t fall back into blaming anything outside yourself for your failings. Each time you act as victim, you deny your power. Always look for the cause of your failings within your own mindset. Remember, belief is key to success, so take time to examine your beliefs and work through old conditioning to become free. Go back to my previous blog on Removing the Blocks to Magickal Success for more techniques for releasing these inner blocks.

There comes a point in your magickal progress when you don’t need any technique. It’s enough to set an intention, and it happens. This comes from having cleared all your blocks and learned that you really are the creator of your reality. This is high magick. Its only technique is choice. This is the kind of magick I teach. My courses are designed to work through all your blocks and unleash your full potential, irrespective of what path you follow. 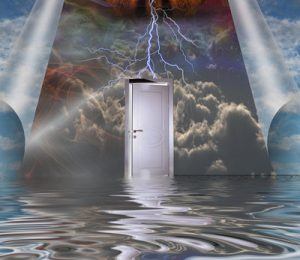 My upcoming High Magick course is a series of initiations to take you deeper and deeper into your power, while resolving all the blocks. Apart from belief, we work on expectation, desire, drive, imagination and break through to realms of wild unharnessed creativity where you will align to an imagination much greater than your own. This will make your magick work like never before, whatever your path.

The Ritual and High Magick Course is on 12-13 January, 2019 – find out more here. You will need to have some previous experience of shamanic journeying to benefit from this course.

For those without previous experience in underworld journeying, you can purchase my Underworld Journeying home study course. This course introduces you to the essentials of shamanic journeying in the underworld and includes an audio file with drumming and my voice guiding you. You can purchase the course using the link below. N.B. You will need to practice journeying several times and can ask me for feedback prior to attending the Magick Course. 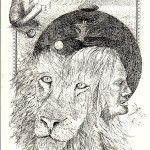 2 thoughts on “Which Magick?”