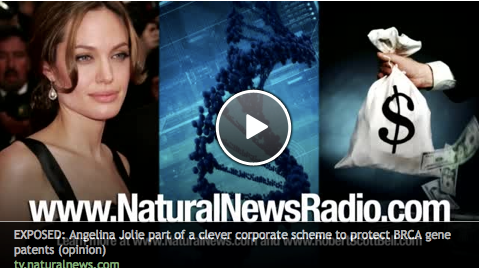 Truth and healing are two words that go very well together. In this World of corporate lies, mis-information and manipulation, it can be almost impossible to know how to safeguard ones health. I want to make you aware of some very simple scientific and practical laws that can help you cut through a lot of the confusion.

The Law of Substitution

First of all, the law of substitution. It is quite obvious to most people that any substitute can never function as efficiently as the original component that it is a substitute for. As a simple example, take machinery parts, or car parts. You wouldn’t, for instance, put Ford parts in a Ferrari, would you? If you did, maybe because the parts you need were not available, you wouldn’t expect it to run very efficiently, and it would probably break down and develop all kinds of problems. The same law of substitution applies to molecules. The only molecules that fit into an organic system such as a human body, are organic or nature identical. If you develop a synthetic substitute for a natural molecule, it shouldn’t be hard to realize that it cannot work as efficiently in the body.

The second point to consider is that you can’t patent something that occurs naturally, so there is not much opportunity to profit financially from it. When you consider these two points together, it is obvious that anything developed commercially is always only second best.

This is a very important point to consider when choosing which medicines to put in your body. Natural medicines are in alignment with the functioning of the body, but there is not much profit in them. So a large corporation is going to favour the synthetic medicines, even though they are dangerous and less effective, in order to make profits. Because natural medicine is less profitable, it never has the financial and legal back up that pharmaceuticals have, and as it is seen as competition it inevitably loses. So you see the big pharmaceutical companies spending large sums of money on their campaigns to push away natural medicines and increase their monopoly. The extents they go to in their campaigns is revealed in the exposure of Angelina Jolie’s breast cancer case.

“(NaturalNews) Angelina Jolie’s announcement of undergoing a double mastectomy (surgically removing both breasts) even though she had no breast cancer is not the innocent, spontaneous, “heroic choice” that has been portrayed in the mainstream media. Natural News has learned it all coincides with a well-timed for-profit corporate P.R. campaign that has been planned for months and just happens to coincide with the upcoming U.S. Supreme Court decision on the viability of the BRCA1 patent.” 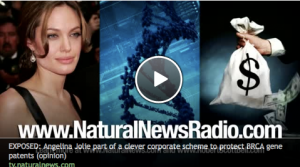 Just check out this link.

Whilst this article vilifies Angelina Jolie, one can only guess at the pressure and manipulation she may have been under in order to take this action. The article shows that the fear-mongering PR campaign greatly exaggerates the dangers and is timed to influence a critical legal case in the US which could result in a US corporation patenting two genes associated with breast and ovarian cancer which could earn them trillions of dollars. The article continues “Today, about 20 percent of your genes are already patented by corporations and universities. As the ACLU explains, ‘A gene patent holder has the right to prevent anyone from studying, testing or even looking at a gene. As a result, scientific research and genetic testing has been delayed, limited or even shut down due to concerns about gene patents.'”

Another good example of how the law works with these large corporations can be seen in the 1939 Cancer Act, which forbids any natural cancer cures. This law has outlawed 34 safe and effective cancer cures so far. In some cases, such as Huxleys, there was detailed clinical research proving the effectiveness of the cure. But this gives no legal defence, as the law states that you cannot give natural cancer cures.

It is not just alternative therapies that disagree with the normal cancer route. I have spoken with doctors who stated that they did not believe in cancer, as the kind of cell multiplication you see is common, and often clears itself. Only when treated as an incurable disease does it actually become one. When I was studying iridology with Dr John Ray, the founder of Body Electronics, we learned that if we saw cancer in the iris, we didn’t tell the patient. We just got them on a good cleansing program, and the signs would go away. Fear is a large factor here, and also happens to be a huge leverage point in promoting anything you want to sell. Click here for a campaign requesting the repeal of the Cancer Act.

Another scientific truth to consider is that all living things heal themselves. This ability does depend on the organism receiving the basic nutrients it needs to live. It is the body that heals itself. For example, when you put a plaster on a cut, the plaster doesn’t heal the cut, it only keeps it clean and protected from interference while the body heals itself.

Natural medicine simply supports the organism in doing what it knows best to do. Allopathic medicine seeks to take the healing out of nature’s hands, even though scientists have only decoded 6% of DNA. How can they possibly heal the body better than it heals itself?

This taking the power away from nature is typical of commercialism. The way to sell anything is to make someone dissatisfied with what they have. It’s the same ploy used by a washing powder salesman, for example, when he convinces you that your whites aren’t white enough, when you were perfectly satisfied before. So the salesmen take away all the natural substances that heal, and get you to take more and more expensive and addictive substitutes. So if you are to decide for yourself what is healing to you, the main pitfall you will learn to avoid is the commercial bias and advertising campaigns that seek to pull you off the truth. This includes any scientific research that is commercially sponsored.

To find healing, you must find truth. If you go back to the basic law of substitution I started with, it is scientifically impossible for any synthetic substance to be as beneficial to the body as a natural substance.

If you are interested in natural forms of healing supported by good nutrition and with teachings to help you stay with your truth rather than succumbing to fear, you may like to check out my Body Electronics Ultimate Healing Course which I run in July each year in Devon, UK.

If you have a wish to be more powerfully active against corruption, you might also be interested in my other articles under Sacred Activism, my various Empowerments and in my course Magick – The Faery & Dragon Path.