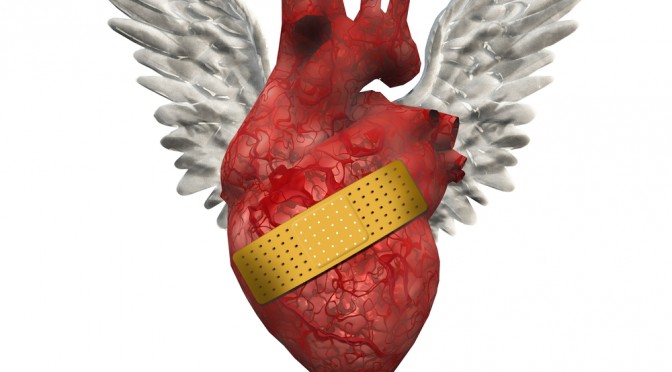 This article is a continuation of my previous emotional healing article where I explain how different emotions are stored in different endocrine glands in the body and how they can be healed sequentially. 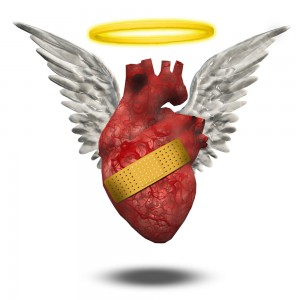 The next layer to heal is fear, which is stored in the thymus gland. This is one of the most difficult feelings to face. Often, the patient does not want to face a trauma, as they are afraid it will be too much to bear. If they allow all their anger, they will lose control and destroy everything. If they allow their pain, they are afraid it will destroy them. It is important that they should take time to feel just the fear before they move on to anger or pain. When the fear has passed they will be able to face the anger and pain without resistance. Fear always surrounds love. What we are most afraid of is losing the love, losing the object of the love or not living up to the love. The greater the love, the greater the fear. So long as there is love there is always the likelihood of fear. We must learn to love beyond fear rather than without it. This means we welcome the fear, but focus upon the love behind it. Once we recognise the love we can let go of the fear.

There is often shame stored with the fear, as we are afraid that we are not worthy of love. The combination of fear and shame is the greatest destroyer of the immune system. When this is healed, immune deficiency diseases are healed. The AIDS retro virus uses the DNA of the body to produce new viruses. It is a similar process of entrainment to cancer. To reverse this entrainment, the body’s energy must be raised one more level by healing the fear. It is useful to realise that the virus is not what initially damages the immune system; that is done by fear and shame. The virus only takes over when the immune system is already low.
N.B. Shame is stored in either the thymus or the spleen depending on the cause of the shame.

Once fear and Shame are released, anger can emerge. When anger is denied, there are several ways in which it is hidden. The first is guilt. Guilt is really anger that one does not have a right to have. For example, if you have let someone down, you feel angry with yourself and angry with them for having made a demand on you in the first place. Because they and not you are the injured party, you don’t feel you have the right to be angry, so it turns to guilt. Guilt is released when you allow yourself to be angry.

The most insidious form of hidden anger is martyrhood; i.e. you feel overwhelmed,
misunderstood and unappreciated. This is never based on love, by is silent and righteous anger seeking silent and righteous revenge. When you take on unbearable burdens, it is to punish people by making them feel guilty. Rather than admit the anger, you seek vindication in the future; i.e. you look forward to them getting their just deserts. A martyr will never admit to this because they are misunderstood, never wrong. When you find yourself feeling over burdened, misunderstood and unappreciated, ask yourself who it is you want to punish. It is never yourself, although that is usually a martyrs first answer, as you always look at the impact on you, not your impact on others. Often it is God you want to punish. Once you admit the anger, you can welcome it and release it.

Rage comes to protect you when there is an extreme loss of power or worth. When rage is denied it manifests as low energy and cynicism. No matter how much you express rage, it will not go until you have taken back the power or worth that was lost. When you allow yourself to feel the rage, you can use the strength it gives you to take back your power from the one who is robbing you of it. At this point you may visualise yourself taking back power, seeing it as a ball of energy. (See my free Take Back Your Power ecourse for more on regaining your power.)

Anger is stored in the thyroid gland. Taking back power frees one of the low energy state which comes with an underactive thyroid. Releasing anger will heal arthritis as the thyroid gland is responsible for calcification.

The next level to heal is pain which is stored in to the pituitary gland. This is different from grief which is often released through tears. Sometimes there is a deeper pain that tears do not reach – it can only be felt and it is like a deep split in the soul. All pain is really a separation, which is only healed by embracing the pain. The nature of the separation determines the type of pain.

With physical pain, one is separated from control. It is always when we are out of control that we injure ourselves. When we lose our sense of love or belonging we feel emotional pain. With mental pain, the separation is from understanding. Once we are split inside, and suppress the pain, the split always tries to show itself by creating more pain. Unless we heal the split we will have continuous pain in our lives. Once we embrace the pain and end the separation, we reconnect with our higher selves and live with a much higher vital energy. At this point we see more clearly and our memory is total. We can now recognise and release beliefs and old choices.

Beliefs are formed from the meaning and significance we give to events in our lives. They begin very early in our lives as we are sensitized by early experiences. The initial ideas are tested and proved by later experiences before being stored as beliefs. When we remember these events and see them with new meaning and significance, our Beliefs change.

Affirmations are not enough as our subconscious mind does not pay much attention to words, but only to what it can verify with the senses.

Choices made long ago at moments of emotional intensity still control our lives. Many of our earlier choices were limiting. For example, if we lived with lack and decided to make do with little, we will always settle for less than we could have. Or the choice not to love prevents us forming relationships later. The choice to punish stops us from creating success.
When one remembers the choice and the atmosphere in which it was made, and makes a new choice in the same intensity, the new choice will always supersede the old one.

The pituitary gland is responsible for rebuilding nerve pathways, and so healing it can restore movement to paralysed areas of the body. This requires the patient to embrace the pain that caused the paralysis. At this point damaged areas of the body can totally regenerate. When this happens an intense burning can be felt as the kundalini rises.

Once the pituitary gland is healed, the pineal gland automatically starts to clear. One now becomes fully aware of how one creates one’s own reality, and so will never play the victim again. From now on we continuously work on manifesting our dreams, and for every problem that arises, we become aware of how to change it by changing our consciousness. Psychic abilities also awaken here.

The above is an excerpt from the Ultimate Healing Handbook Part 1 which can be downloaded here. It is the manual which accompanies my one or two week Body Electronics Ultimate Healing Intensive which I run each year, usually in July in Devon, UK and sometimes in The Netherlands and Thailand also. Please check my Calendar for dates and Contact me for more information.