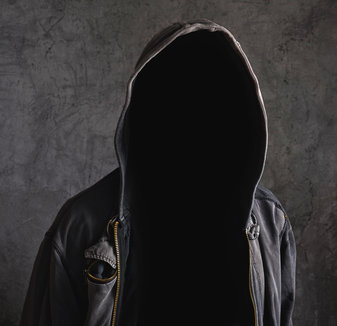 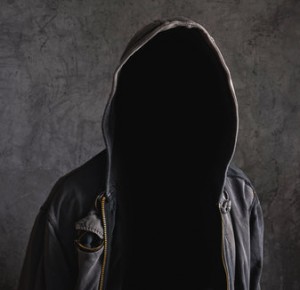 With the modern tendency for light work, shadow work often gets neglected, and yet our shadow contains many important keys to our freedom and growth. Denying it only causes problems, as everything you deny, the shadow will bring to you, seemingly from the outside. This isn’t confined to what we consider bad or negative, as the shadow holds everything we deny about ourselves. If you deny your anger, you will be surrounded by angry people, which tend to press all your buttons. If you deny your creativity, you will be surrounded by creative people, often leading to envy.

Since we all separated from the source into a very complex creation, we need an ego as the main vehicle of separation to handle the complex laws of this separated state. As we forget so much of our power by limiting our consciousness within this reality of separation, we also create a shadow to hold sacred everything we have disowned, until we are ready to own it again. The ego and the shadow are diametrically opposed, as the ego keeps us in separation, whereas our shadows are our way home. The two are therefore natural enemies. The ego always lies, while the shadow always tells the truth. At the root of all illusion and limitation is the fact that people tend to run from their shadows and listen to their egos.

The Source is pure awareness, indefinable, a-dimensional. Both size and quality are illusions created out of pure awareness. The intensity and force of movement of the source is the same in the formation and upholding of a system of Suns as it is in the organisation of the life of an ant-hill. It is the illusion of size, of quantity, that induces us to look on one as great and the other as petty. If we look, on the other hand, not at quantity but force of quality we shall say that the ant is greater. But this again is the illusion of quality.

When we reach behind these illusions and perceive only the intensity of the movement of which quantity and quality are aspects, we realise that the Source dwells equally in all existence. Equally partaken of by all in its being, we might be tempted to say equally distributed to all in its energy, but this too is an illusion of quantity. The Source dwells in all, indivisible, yet as if divided and distributed. It gives, not an equal part of itself, but its whole self at one and the same time to the solar system and the ant-hill. To the Source, there are no whole or parts but each thing is all itself and benefits by the whole of the source. Quality and quantity differ but the self is equal.

The form and manner and result of the force of action vary infinitely, but the eternal, primal, infinite energy is the same in all. The force of strength that goes to make the strong man is no whit greater than the force of weakness that goes to make the weak man. Ugly or beautiful, rich or poor, brilliant or stupid, are all equal expressions of the Source. The energy spent is as great in repression as in expression, in negation as in affirmation, in silence as in sound.

It is the ego that blinds us to the vision of equal divinity in all. The ego limits and brings distinctions. Keeping us caught up in “better than”, it stops us from achieving divine consciousness. The first step to freeing oneself is to remember that there are no “better thans”. Of course one can be more than, as quantity and quality are measurable, but these do not make a soul better than another. A very simple exercise to begin your transition into divine consciousness is to take a little time to list all the reasons you are better than others, and then overlay each one with the realisation that each creation has equal divinity, so there are no better thans.

The shadow, on the other hand, attempts to bring us back to divine consciousness by showing us everything we deny. It attempts to re-unite us with all the aspects of the divine that we judge. Growth and enlightenment only occur by embracing every life lesson, not by judging. We often judge in others what we don’t like in ourselves. For example, in my healing workshops there may be some participants going through intense emotional release. If another person who has trouble releasing emotions is confronted with this, they may become judgmental about the other’s emotional release. Such an attitude will never bring about healing. If the one who is disturbed by the emotional release simply acknowledges the feelings being triggered, then the emotional person becomes a great aid to their healing, as they embrace the emotions they could not embrace before. This way, every discomfort becomes a source of healing and growth rather than of conflict.

Working with the Shadow 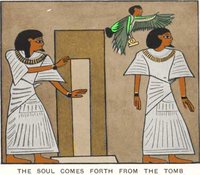 Many people try to make the shadow somehow less scary by seeing it as a place in the unconscious, rather than a living entity. It is actually one of the subtle bodies, called the Khabit in ancient Egypt. It is born when you are born, and it holds sacred everything you have not owned. It is also an important face of the soul, which becomes active after a wounding, which everyone goes through at some time, in order to drive them to explore the Shadow.

If you fight your Shadow, you always lose. If you form an alliance with your Shadow, you always win. Owning your Shadow is not about trying to contain it; it means harnessing and directing its power. Making peace with your Shadow won’t make it go away; it makes it more conscious. The Shadow contains the lost depths of soul and spirit. Everything you deny will come at you from the outside, and this is the greatest key to working with the Shadow, as what you most resist in others holds the greatest potential for growth.

Here are some simple steps for embracing your shadow and forming an alliance with it.

These steps can be worked into a meditation in your own way. If you need more help, I will be running a workshop on Darkness next weekend, where we will work with the shadow very thoroughly. I will also be teaching you to work with the magick of the dark elves to fully master the shadow realms and elegantly release many limitations from your lives.

3 thoughts on “The Importance of Shadow Work”