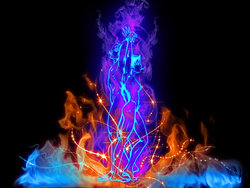 Ancient matriarchal religion always honoured sexuality as the primal power of creation and the easiest path to enlightenment. What happens at the moment of orgasm is that the consciousness shoots up through the crown chakra into union with the higher self and back again. This is often so quick one does not know it has happened, but it’s what leaves you with that high. This is therefore the easiest and most natural path to take that union further into full enlightenment and spiritual power.

So why doesn’t sex lead to enlightenment more often? The problems began with the commercialisation of religion, which was the most efficient tool for Patriarchy to use to take over.

Religion has long been commercial. In ancient roman civilization, religion was there to sell people hope of a future by performing rituals to appease the Gods to circumvent all the natural disasters that were a constant threat. Religion became the biggest business that kept cities going. Large amounts of money poured into the temples in the cities to fund these rituals. When Christianity first tried to teach religion with commercialization, it was heavily persecuted. Only when it became a business did it survive and flourish. This has been the trend in the modern world: only commercial operations gain power. So the biggest threat to commercialized religion was the fact that people were gaining spiritual awakening just by having sex.

In those early days, before there was so much shame and conditioning suppressing this simple act, the natural freedom and abandon which went with it meant that everyone would have far more ecstatic and empowered sexual experiences, so it was natural that the energy would rise and take them through spiritual awakening. So religion has worked hard to suppress this experience to keep people dependent on the priest’s intervention, through layers of shame as well as extolling the virtues of celibacy. Sexual suppression has become the norm.

Older matriarchal religion was never commercial. If you look carefully at the history of the development of religion, you see that teachings of celibacy only entered religion as Patriarchy took over. It filtered through into the Hindu religion and corrupted the ancient teachings of tantra. The truth is, the concept of celibacy is nothing but a clever trick to undermine the power of tantra and the older religions, which were free spirituality, not commercial or political. There are times when it is positive to control the sexual energy in order to raise it higher, but sexuality was always honoured as sacred.

The layers of negative conditioning around sex over many generations has left a massive block in the collective unconscious, so even those who do not, on the surface, believe in such teachings, are already heavily blocked from the free flow of sexual power. So sex is never what it could be, and it is no longer common for people to have the mind blowing sex that ascends them to greater power. It is only through Tantrik practice and the raising of the kundalini to purify one’s consciousness of these blocks that one is able to fully access these more powerful sexual experiences. The path of tantra follows the natural progression of sexuality to great spiritual power.

But this leaves us with the realization; it took 20 years of intense spiritual discipline just to get a decent f**k. This should have been our birthright. The silver lining is that tantra masters have worked through all the illusion and blocked energy to restore the sacred power of sexuality. The work we do is raising everyone’s level of sexual experience. Further, the tools and empowerments we have created allow anyone to restore these natural sexual powers much easier than ever before. However, to be completely free of blocks, one must see through the lies of Patriarchy and its commercialism. Only by completely denouncing Patriarchy can one be free. This does not mean that there is no place for male Gods, but the concept of a male God as a singular authority must be completely erased. 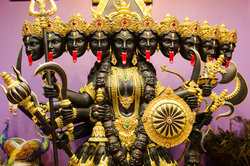 The Goddess gives a free flow of sexual power, and destroys the false conditioning of celibacy that denies her gifts. For this reason there will always be a conflict between the paths of the Ancient Goddess that give spiritual fulfilment and Patriarchy which seeks to control. Luckily for all those who honour their sexuality, the Goddess is coming back to the world and her power can cleanse and restore us and give us the strength to throw off the oppression. Then the simple natural gift of spiritual awakening through the simplest and most enjoyable natural act can become the norm again.

For a description of the natural process of empowerment through sex, refer to my earlier article “Tantra and Sexual Alchemy“. If you would like to develop in his area, you can receive my series of Candali empowerments and Aghora Tantrik empowerments. You can also read my other articles on Tantric Healing.”

Control over sexuality is the primary way in which people can be manipulated. Sign up for my free audio course below to enable you to reclaim your power in this and all other areas of life.

Reclaim your Power!
Get my FREE Audio Course Take Back Your Power and my news updates

2 thoughts on “Sexuality, Tantra and the Ancient Goddess”