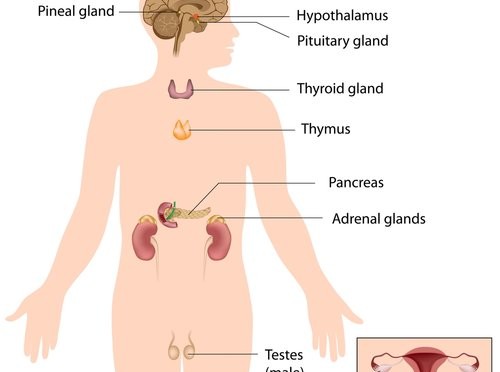 In this series of articles I explain how the emotions are stored in the organs of the body – specifically the endocrine glands – and how emotional healing can happen progressively through the levels. 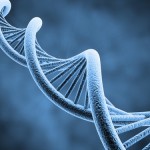 Every suppressed experience, thought or emotion is stored as a crystal in every DNA molecule in the body. The body is like a three dimensional hologram, where each part of the DNA affects different parts of the body. Different emotions will be stored in different organs in the body, and the function of these organs is impaired by the crystallisation. The seven coils of the DNA resonate with the seven endocrine glands, which will store seven emotions that tend to be suppressed along a scale.

The Downward Spiral of Suppressed Emotions

When we experience life with unconditional love and enthusiasm, the life force is fully in us, and there is no suppression. Enthusiasm actually means God in you. Enthusiasm resonates with the pineal gland. When we lack enthusiasm the pineal gland begins to calcify. When we experience life with anything less than unconditional love, we begin to judge and resist things, and then we feel pain. Pain is basically a separation, which occurs when things disagree with our judgement of how they should be. Pain is stored in the pituitary gland. When we resist further, we get angry, and anger is stored in the thyroid gland. When we resist anger we become fearful that things will continue to go against us, and fear is stored in the thymus. Resisting fear, we become victims, feeling that the world is against us, and we experience grief, which is stored in the adrenals, pancreas and solar plexus. When we resist grief, we give up, and become hopeless and apathetic, and this is stored in the spleen. Hopelessness often produces a death wish. Every terminal illness will have a death wish stored in the spleen. Finally, we numb out completely and suppress all the emotions into unconsciousness. Numbness is stored in the gonads (sexual organs). All unconscious experiences, including drugs, anaesthetics and hypnosis are stored here. Every physical weakness, and every illness, is related to a particular pattern of suppressed emotions, which tends to damage the body.

The emotions and associated organs in which they are stored can be summarised as shown below:

The True Purpose of Emotions

To learn the process of healing, we must also learn non-judgement and non-identification. We suppress emotions because we judge them as wrong. Every emotion has a purpose, and you always have the right to feel whatever you are feeling. For instance, anger tends to make you assertive and motivates you to get up and do something to change a situation that you know is unhealthy. The purpose of fear is to alert all your senses to a threat to put you on peak performance. Grief is a necessary release of energy from expectations which have been suddenly shattered. Pain is there to alert you to something that is harmful to you.

Too much identification with our emotions can prevent us from releasing. By letting go and observing the emotion as something we are feeling rather than something that we are, we are able to welcome it and then let it go. This process of healing by progressively releasing the suppressed emotions starting at the deepest levels is what we practice in The Ultimate Healing Course. Let’s take a look at the levels of emotional healing in more detail.

The Levels of Emotional Healing

The first area we heal is unconsciousness, which is stored in the gonads. This restores sexual potency and drive. During this process one releases all anaesthetics, drugs, hypnosis and other areas of numbness. Unconsciousness causes holes in the aura, and since nature abhors a vacuum, something will always fill that hole. Various spirits, entities and thought forms can enter. When a person is releasing unconsciousness, these possessions can be felt leaving the body as an ice cold wind. For example, after an operation a person may have thoughts they didn’t have before.

Apart from entering under anaesthetics, entities can also enter the body of a small child when it is not in its parent’s aura, since for the first three years a child does not have its own aura. At this stage ancestral spirits often enter the body. These ghosts are not necessarily the souls of people, but rather their emotional bodies. Intense emotions create an etheric form. Those ancestors that have unresolved emotions leave behind an emotional body that seeks to continue its existence through another family member. So a child can inherit its ancestors’ emotional problems. Since, in these early years, the personality is forming, these problems are held very deeply, and are stored in the large intestine. This causes allergies. Allergies are caused by a weakness in the large intestine allowing the absorption of abnormal metabolic products. They are cured when all the ancestral spirits have left the body.

The second area we heal is apathy which is stored in the spleen. As this heals, a person becomes more socially active, the body becomes less sluggish, and anaemia and digestive disorders are healed. The emotions that arise to be healed include depression, hopelessness and powerlessness. There may be a death wish, as memories arise of times when the will to live was lost. Apart from releasing the emotion, power needs to be taken back. We all have times when we lose power to others. It can be taken back in meditation, by using a stick of birch or oak to draw a circle clockwise on the ground around oneself, calling the other person to the edge of the circle, seeing them holding your power, and taking it back. (See also my Take Back Your Power ecourse.)

One of the greatest causes of loss of will to live is shame. Shame is often behind serious illness. It has three possible causes. First, there is the Shame that is dumped on you by others. Psychology does not deal adequately with Shame, as it is not just a psychological problem, but a metaphysical one. Shame is an energy that can be passed on. Often, abuse is a vehicle for passing on Shame that one does not want to feel. This kind of Shame needs to be squeezed out and given back to the person who dumped it on you.

The third kind of Shame comes from mistakes that have not been forgiven. When one makes a mistake it is natural to feel remorse so that one develops a conscience and changes. If one does not feel remorse, one will feel defective. With remorse, you recognise that you have made a mistake. With shame, you are the mistake. To heal this, you need to know how to forgive.

The first key is to forgive the why rather than the what. Knowing the reason why you did what you did does not mean excusing it, but rather recognising your weakness. For example, in many cases of sexual abuse, the abuser claimed that it was their only way of expressing love. No progress can be made here, as abuse is never an expression of love. If instead they had said it was the only way they knew how to express their hostility, or they didn’t know how to handle their Shame apart from dumping it on someone else, healing could begin. The event cannot simply be forgotten, as that would mean suppression of the emotion. Forgiveness is quite a complex process which has seven stages: denial, blame, self-pity, indignation, becoming aware of the whole pattern, i.e. once you feel flawed you must always fail in the same way, stepping out of the pattern, and finally, being forgiven. Only by releasing each of these feelings is Shame completely healed.

The next level to heal is grief, which is stored in the solar plexus, pancreas and adrenal glands. This is where the patient moves out of the victim state. Once a person grieves, and the tears begin to flow, the grief is easily released. The pitfall is self-pity, which is not just an emotion, but a state of being, which keeps a person stuck. To free ourselves from it, we need to understand its past and future causes. The past cause is in childhood, as a young child, unable to fulfil its own needs, gets what it wants by getting people to feel sorry for it. If a child does not get what it wants it digs in its heels and refuses to move. So one stops growing emotionally and stays a victim.

The real cause of self-pity lies in the future; it is done to manipulate, punish or avoid something. It manipulates by getting people to feel sorry for you. It punishes by tearing down the self worth of whoever is close. It is used to avoid responsibility, as when you’re in self-pity people do not ask much of you. For it to work one must hang on to past problems, for if you admitted the real reason, it would not work. For example, I am feeling sorry for myself and someone asks what the matter is, and I say” I am manipulating you” they will not buy it, so instead I talk about by problems to get them to feel sorry for me, until I have than eating out of my hand, right where I want them. The problem is, in order to continue this manipulation I must always have problems. It is impossible to create success, as no one would feel sorry for me anymore.

Spiritual growth also becomes impossible, since being spiritually empowered means giving rather than taking, owning ones power, being responsible and thinking positively, all of which are negated by self-pity. In order to grow out of this one must recognise why one is doing it and realise what it is costing them. Then one must go back to give the inner child what it needs, so that it can let go and allow one to mature. When this happens a person will grieve properly and then become free. Tears may flow for several hours until all grief has been released.

Cancers heal at this stage. Cancer grows by a process of cellular entrainment. Each new cell is entrained by the energy field of the cells around it. That is how, for example, a new cell in the liver becomes a liver cell, not a heart cell. So long as the cancer cells are stronger than the surrounding cells, those cells will be entrained by the cancer. Once grief is released, the body’s energy is high enough to entrain the cancer cells, so the cancer breaks down. Cancer will not heal until the body’s energy has moved up the scale through unconsciousness, apathy and then grief is released. When this stage is reached, a cancer will often dissolve rapidly while the patient is grieving, as if the substance of the cancer is being cried out.

I’ll discuss the remaining emotions, fear, shame, anger, guilt and pain in Part 2 of this article.

The above is an adapted excerpt from the Ultimate Healing Handbook Part 1 which can be downloaded here. It is the manual which accompanies my one or two week Body Electronics Ultimate Healing Intensive which I run each year usually in July in Devon, UK and from time to time in The Netherlands and Thailand. Please check my Calendar for dates and Contact me for more information.

One thought on “The Seven Levels of Emotional Healing: Part 1”