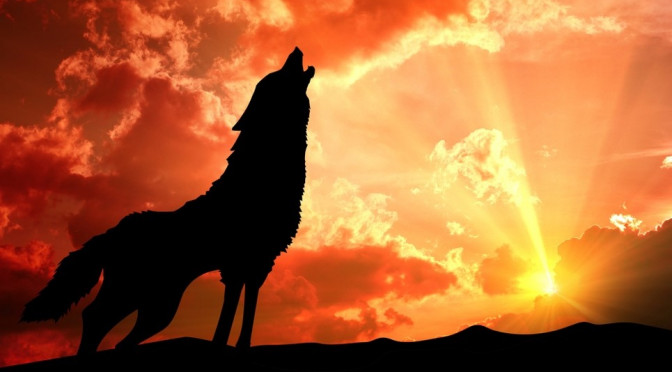 Sovereignty implies self-governance; freedom from external control. It is a natural drive in the human being, and necessary to our emotional and mental health. So how did we lose it, and how do we get it back?

Puberty and the Loss of Sovereignty

It begins at puberty, when the awakening of the sex drive gives us our first sense of individual will, separate from the will of our parents. A piece of the soul enters at this time; the fiery part. Suddenly, drive is awakened, and we become wilful and rebellious. This is a time that is most difficult for parents, but is an important part of the development of the individuality. It causes us to question everything, assert our will, find out what’s right and wrong for us as individuals, rather than fixed ideas of right and wrong we have been taught.

This is when we develop conscience. We all go through battles with our parents and other authority figures. We need them to kick back so we get strong and discover our wills more. The problem in more recent times, is that the control mechanisms get trickier. The authorities, starting with teachers at school, don’t like to deal with wilful teenagers, usually because they gave up on their own wills and can’t handle the pressure, so they resort to more subtle manipulations, based on shaming.

The older ones among us remember simply dealing with force. Our wills collided, but we got stronger as we found ourselves. Look at how they deal with rebellious teenagers in school now, and it’s a totally different picture, and an extremely unhealthy one. They are made to feel ashamed of being wilful. Its seen as a psychological problem that they need counselling, and even medication for. The shame stops their wills from developing, so they are easily controlled.

As the individual will is linked to the sex instinct and testosterone levels, their testosterone is being lowered right from the start, and health is affected. This suppression started with sexual shame from religion, as shaming the sexuality was the first step in suppressing the will, to create a meek and obedient following. Shaming the will itself is a more insidious and damaging step, which causes people to believe in their oppressors to such an extent that they obey without question, and believe the most illogical arguments. Observe how, in the present crisis, some people still think the way forward is to be compliant, even though history has disproved that time and time again.

Losing Our Dreams, Our Drives and Our Power

Since the initial control at adolescence, we have been continuously bombarded with subliminal messages, further lies, and various forms of mind control. The result of all this is a weakened population of docile, compliant slaves, with lowered testosterone and all its resultant health problems. Without will and drive, people are afraid to take risks, so give their power away to authorities in the false hope that they will make their lives safe. Dreams are lost. Many people can only dream about being able to pay their bills, so they can continue their slavery in safety. For those practicing metaphysics, they may find it hard to know what they really want, as dreams were lost when they gave away their power. Without dreams, the will to live is weakened, and they tend to give in to illness and die early. The loss of sovereignty is a downward spiral that leads to losing everything, including life.

Taking Back Power and Giving Back Shame

That’s the bad news. The good news is that this can be reversed. Start with my free course, “Take Back Your Power”, as a big part of the problem is the loss of power. When you understand how your power has been lost, you can be guided through simple processes to take it back.

Secondly, learn to give back the shame that was put on you to suppress your will. I have written blogs on this topic before, to guide you to heal shame, but in this case, we will focus particularly on the shame that was dumped on you by someone in authority. Normal counselling methods wont deal with this, partly because they are on the side of the controlling authorities, and partly because they are unable to deal with the metaphysical aspect of shame.

It is pointless trying to forgive this type of shame, as you have done nothing wrong. In this case you are carrying someone else’s shame, who dumped it on you rather than feel it themselves. When you think about it, you can see that the reason that these people treat you in such a way is because they themselves carry a lot of shame from never having become whole by developing their own wills. They are weak, totally fallen under a controlling authority, and hide their shame behind a false and egotistic display of authority.

Freedom begins by recognising that they are the defective ones, not you. Remember how they made you feel, and feel where that is held in your body. This is where you carry their shame. All you need do then is squeeze it out and give it back. In your mind, take a sack, and push from inside, pushing the shame out through the pores of your skin into the sack. It’s a bit like pushing a hard boiled egg through a sieve. Once it’s all out in the sack, in your mind’s eye, give it back to them, and tell them “Here, this is your shame. I am not going to carry it for you anymore. Deal with it yourself.” Then you can walk away and leave them with it.

Healing Shame with the R Rune

You will begin to feel a lot better about yourself, and can now start recognising all the false thoughts that have been put into your head, including other shame producing statements, limitations, negative beliefs, and even mind control. Another tool that will help you release all this is the R rune, Raidho.

Its cryptic poem in the Havamal says:

“A fifth one I know

“When in hostile flight an arrow flies into the crowd, no matter how it threatens, I stop its force, by holding it tight with the look of my eyes.”

The arrows in hostile flight are the negative thoughts, that once entered into your mind, spread and create disaster. This Rune can help remove them, by bringing in the discrimination to question these thoughts. Meditate with this Rune, with the intention of releasing all the negative conditioning, and it will all start coming up to be released.

It may seem a lot of work to restore your sovereignty, but I have developed other tools to help you. I will be giving a live Q&A session on sovereignty on Saturday, 5 March 2022 in which I will be giving a psionic healing to everyone present from a special sovereignty plate that blocks out all the false thoughts and energies that are not yours, and strengthens the real you, by strengthening your basic blueprint. It’s designed to restore sovereignty. Once this has been done, you will know what is really you, and reject all false conditioning and mind control that takes you away from your true self. It’s free, so come and join us or watch the replay if you cannot make it live