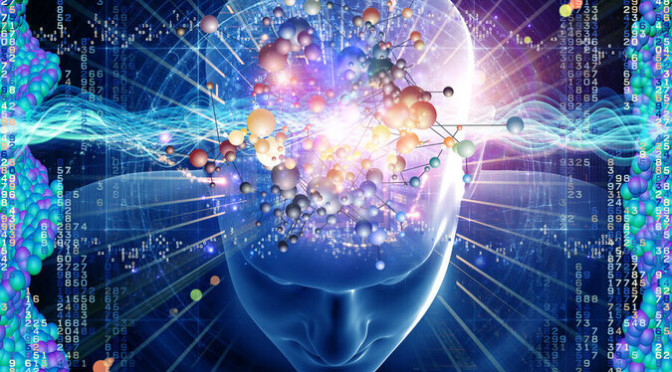 I explained in a previous article how psionic and radionic instruments have nothing in them, or else a few simple circuits that could have no impact on what the machine was supposed to do. These machines have often been shown to scientists, who concluded that they didn’t do anything. So what is actually producing the results?

The Counterpart to Science

First of all, we need to look at the long-term conflict between science and magick. Many people use metaphysical tools such as psionics, yet insist that there is no magick, that it works scientifically, even going as far as twisting common scientific concepts to back up their agenda. An example is quoting Einstein, who mentioned “spooky action at a distance”, claiming that he was describing the principle of psionics, when in fact he called it spooky because he didn’t believe in it. He was actually debunking Newtons theory of gravity, replacing the concept of action at a distance with his idea of space/time curvature. Such twisting of science to justify their position is plain dishonest. They may think that giving people belief in it will make it work, and there is some truth in that, but it can also be observed that the more one denies magick, the less these tools work.

Did you know that they have made the law of attraction into a science? And by doing so have diminished its power. I remember discovering creative visualisation when I was a teenager, and at that time there was a sense of wonder and mysticism about it. I quickly manifested many things, almost miraculously, as I didn’t have any limited beliefs about it. Now its taught within the limitations of science and logic, which vastly reduces its potential. When trying to be rational, you don’t expect miracles.

Everything has its opposite. For science to exist, there must be an anti-science: i.e. that which works totally outside logic and reason. Intuition and magick were once necessary to our survival, but as science has made life safer, magick is forgotten. It has been said that if your only tool is a hammer, you see the Universe in terms of nails. And so if your only tool is a rational mind, you think the Universe is rational, whereas the scientific evidence proves that it is not. Most scientific laws and phenomena are held in place by expectation.

I have found psionics becoming far more powerful by treating it as a branch of magick rather than a science. It has become a popular tool for three main reasons:

There are a few other considerations which can really help get good results.

Then I did the same with many of the Egyptian temples, and Peruvian power points. Just take a minute to think about the vast difference in magnitude between the Great Pyramid and a small orgone generator you get in modern psionic instruments that can cost you thousands of pounds. We are dealing with something millions of times more powerful, and accessed from a psionic plate printed on paper!

2. The creation of servitors. Originally magicians utilized simple thought forms to affect reality. Any idea held strongly with intense emotion, maintained for some time, would form a living entity that takes on its own autonomous existence, and would continue to work towards the purpose for which it was created. You could spend a lot of time putting more energy into such a thought form until it is capable of seriously altering circumstances. You can read more about the creation of thought forms in Franz Bardons’ “Initiation into Hermetics”. Psionics developed upon this idea by attaching the thought form to a talisman that can then be used on a psionic instrument to keep it energised.

We have taken huge steps forward with this work by using the Tibetan creation of Tulpas. These are very advanced thought forms that take on individual intelligence and can even reproduce. By combining this with the use of structural links, A Tulpa will reproduce to create more Tulpas in all copies of the talisman. Such Tulpas can be empowered with all kinds of magickal abilities. They can do deep healing and overcome complex occult problems.

Start using Psionics in your Magick

Using the psionic plate as a power source, and the talismans with Tulpas to affect the changes you want, the most powerful magick is now at your fingertips. You can use your imagination to alter reality in many ways, but you can find a number of examples of these talismans on my Psionics Page.

You can access my basic but extremely powerful psionic plate and some basic training here on the recording of a previous Q&A call:   Q&A session on 29th August 2020.

If you want to start accessing the real power of psionics, you can start with my short foundation course in Psionics here which is also available in German.

In the video below, I show how some additional talismans and my more advanced psionic instruments work:

I’ll be discussing how we can use Psionics to help break down corruption on my free Questions & Answers call next Saturday, 5 November, 2022.

One thought on “Psionics: Science or Magick?”