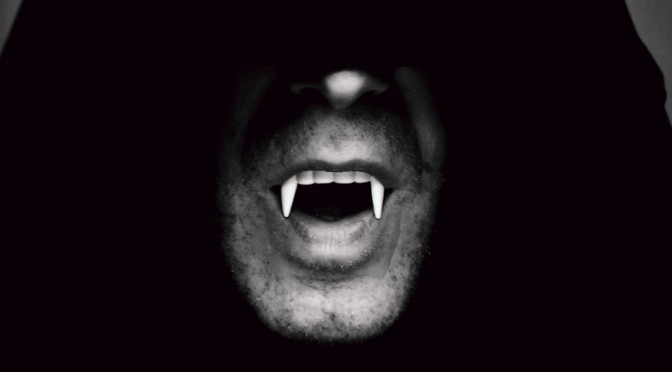 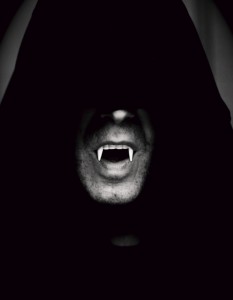 Vampirism is becoming a huge problem these days, as more and more people are not only finding their energy drained, but hard-earned spiritual gifts and talents are being stolen. I want to explain the mechanisms of vampirism and look at protection from vampires.

There are two kinds of vampire. The first is the needy kind, who appear weak and pathetic, and use all kinds of emotional manipulation to get close so they can feed off people. This problem generally begins early in childhood, from not being held enough. When a mother holds a baby, her heartbeat entrains the heart of the baby, giving it strength. If this is lacking, a weakness is left. There is an emptiness that they are always trying to fill by taking the missing energy from others.

The problem is that they have become so identified with this weakened state that no matter how much energy they drain from others, it will never fill the hole. What’s more, as they have been emotionally stunted, they never mature beyond the infantile self-centredness to appreciate the needs of others. They must learn the appropriate behaviour to be accepted by others, so may appear pleasant and charming, but it is not real: it is just a learned behaviour to get close to others so they can feed.

This is the same with the narcissistic psychopath who gets close, then when they don’t need you anymore, you discover they have no care for you at all. The only difference with the vampire is that they don’t stop needing you, so the selfishness is never exposed. Their most common tool is self-pity. They may use all kinds of other guilt trips to hold you close. Energetically, they are still like a baby, attaching to you and suckling. So they put out cords and gradually suck the life energy out of you. The symptoms are fatigue, headaches, lack of drive and loss of enthusiasm for life.

The second kind of vampire is the kind with occult training. They probably started from the same lack, but then it turned to bitterness and a need to get back at the world. They learned to hide their inadequacy behind ego. Once they are drawn into black magick, they further hide this inadequacy and shame by exaggerating their ego problems by being the blood-thirsty predator that sees itself as superior to normal humans. As part of this transformation, they accept the eternal hunger that can never be satisfied.

They usually don’t have the real power to make a success of their lives; it is all about feeling superior. They do, however, master the occult techniques of vampiric draining and domination. By making pacts with Qlippoth they develop etheric tentacles with spikes that will penetrate most spiritual shields.

This type of vampire is most dangerous, as they will often get through the spiritual protection of all but the highest masters. As they are after power, it is usually white magicians and anyone spiritually developed that they target. Light workers are particularly vulnerable to them, as they are not embracing their shadows, so there is an easy resonance for the dark magician vampire to connect with.

Although their hunger can never be fulfilled, they seem to gather power because they are being taken over more and more by the vampiric entities they serve, usually the Old Ones of the necronomicon. Although this book was largely fictional, its dark and sinister forms appeal to the hateful and violent mind, so it has formed a strong eggregore. They end up as empty husks, vehicles for these entities which manifest the same eternal hunger and suck the souls out of humanity.

This level of vampirism is becoming so extreme that only the highest spiritual vibration can shatter this downward spiral. What I use is the vedic Goddess, Chinnamasti. She is a Mahavidya, (wisdom goddess), which is part of advanced tantra. One normally has to have done 15 years of Siddhi yoga before one can receive initiation of this level. 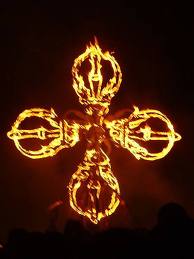 It seems that one has to be pretty advanced to deal with vampires these days. So, I have created tools that can be passed on so everyone can protect themselves. First of all, the vajron attunements. These have to be done one level at a time. I have recently added an 8th level, which is what is required to burn off all the vampiric tentacles. For more immediate use, I have added an anti-vampire crystal/candle kit. This is heavily charged with Chinnamasti mantras and stotrams that will burn away any vampiric tentacles attaching to you, plus a vampire-destroying spell, so any vampires targetting you will learn to leave you alone, or else be continuously damaged.

I also have the vampire repeller charm. This was initially made to strengthen one’s assertiveness, so one can easily say “no” to vampires, but I have recently upgraded it by adding a special servitor that scans one for vampiric links, then reverses the drain and brings back all your energy filtered and cleansed. So even if you don’t have the complexity of psychological knowledge to spot the emotional manipulations of the needy vampire, your energy will be restored.