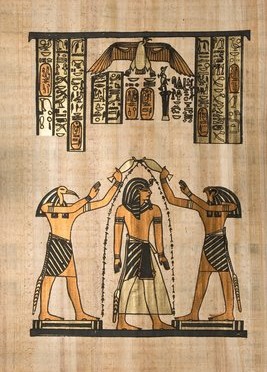 Initiation means to begin. It is basically the start of a more empowered spiritual life. It usually refers to some kind of initiation ritual that gives a strong boost to one’s spiritual progress. Although one can grow spiritually without such a magickal initiation, the enhancement it can give you can be very useful. The clearest measurement I had of the benefit off initiation was when I first received tenaga dalam, a Javanese inner power training. The initiation was said to give a boost equivalent to 2 – 4 years training. This was demonstrable, as after one week of practice one can test the invulnerability by striking oneself with a machete. This was a small-scale initiation which initiates one to a particular practice.

There are also much greater initiations which activate the power of an entire tradition. These generally require preparation and a degree of dedication. One must obviously decide that this particular tradition is going to be one’s life path. In many magickal traditions both types of initiation are an option. There are empowerments for particular powers, and there is the major initiation, involving a kind of symbolic death and rebirth, where one meets the Gods and obtains power.

I can give examples in the vodou tradition. There are the smaller initiations, where I install each person’s Lwa met tet (the deity that rules your head) and teach the rituals of your particular deity. This I do in a weekend. Then there is the full initiation called Kanzo, which has to be given in Haiti and takes two weeks. There are three levels of initiation; hounsi, in which you receive your met tet, sur pwen, in which you have 3 lwa, and Asogwe, in which you have 7 lwa. This is the complete initiation, after which you can perform every kind of magick effectively.

I have found that working with a lwa that has chosen you works every time, whereas trying to work with other spirits just doesn’t produce the same results. So, the simple weekend initiation of installing your met tet is a fantastic step to success. Once you have a spirit connected with you, Vodou is highly effective and produces powerful results, fast. 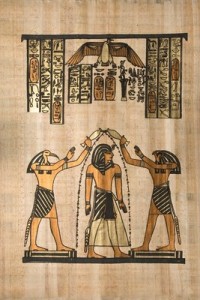 The greatest initiation I have found, however, is the Egyptian initiation. Many of the other traditions have their roots in ancient Egypt. When Egypt was invaded by the Greeks, many of the magicians went overseas, following their visions. Some spread into Africa and became the Berbers. Others went to Java, then to Hawaii, which in their language is pronounced Hava-ee-ee, little Java. I have also seen signs of ancient Egypt within south American traditions. The sacred sites of Egypt are the original portals of power. When you receive the magickal current of the ancient tradition within these sacred places, the power flow is intense and life-changing.

Preparation involves a nine-week devotional period (see my blog “Preparing for initiation”). There are a number of empowerments given within the appropriate temples, then an overnight initiation, in which you are sent into the underworld, and come back empowered. After this the Gods are with you and hear your prayers. This means effective magick.

So what are these magickal powers? There are different powers associated with the different deities. The first and most obvious power is healing. This is mostly done under Isis, Bast and Hathor. Sekhmet is called to destroy negative forces in one’s life. You may have come cross isis seichim and sekhmet seichim. These become a thousand times more powerful through initiation. Horus can destroy obstacles and defeat competition in your life. Hathor can bring love, either through powerful love spells, or attracting your soul mate. Renentet can bring in money. Horus can also give you astral flight. You will find spells and prayers to overcome every possible difficulty in life.

This year I am giving a Vodou Initiation weekend 22nd-23rd September in Devon, UK, and the full Egypt Initiation 6th-13th December in the temples in Egypt.