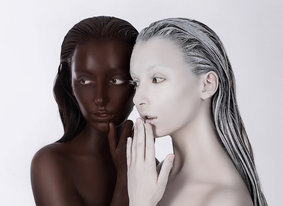 Light vs Dark and Embracing Your Shadow

A question I often hear, when a new seeker is trying to choose a path, is “Is this path entirely love and light?” This is a question that needs some serious consideration. Light vs Dark? The path I teach is one of love and truth; this involves much courage in facing one’s shadow; it is not all light. In our pure form we are not the things we identify with, but the source of them all. Thus we are not light or dark, but the source of both. However, we have choice, and with choice comes a certain morality.

As magicians, we decide to be powerful, and thus decide to behave in a way that reflects power. Our actions may be similar to the religions of light, but our reasoning is different. There is a saying: the greatest treason is to do the right thing for the wrong reason. As an example, we don’t lie, not because we are trying to be good, but because we don’t fear anyone’s disapproval. We don’t manipulate, because manipulation stems from a belief in powerlessness. If we know we can create our own reality there is no need to manipulate others into providing our needs. We don’t seek revenge because we know that power is based on the future, so we work on creating our futures rather than trying to fix the past. So we develop a conscience that’s based on dignity rather than guilt.

This wholeness only comes by embracing ones shadow. It is easy to notice that the people who claim to be all love and light are the very people who are unfaithful to their partners, borrow money and never pay it back, and indulge in gossip and slander behind your back; all signs of silent hostility and egotism. Then they pretend to be superior. This unwillingness to own their shadows is nothing to do with love and light; it is pure cowardice. So the most appropriate answer to the question “is this path all love and light” is “get some backbone and start owning your shadow”.

Non-violence or Passivity and Lack of Responsibility?

As a follower of the Vedic path I quite agree with the principle of non-violence. However, we should remember the stories in the Vedas that illustrate the subtleties of this principle. There is the story of the man who saw a terrorist about to kill everybody. He could have killed the terrorist, but didn’t want to involve himself in such violence. The terrorist killed everyone, so the man who failed to act shared his karma and went to hell. You must always consider which path is really the least violent. If you witness some atrocity and do nothing to prevent it, you share the blame.

The secret is to be motivated by love. Don’t think this always denies violence. Watch a tigress protecting her cubs; that’s love. If you love, you fight fiercely to protect that which you love. So many say the Earth is their Mother, but stand by and watch it get raped. If your Mother was being raped, would you just passively try to reason with the abuser, although it is clear he is not going to listen? Or if your children are under threat, would you just listen to the logic of the abuser while they get away with the abuse? How would they feel if you didn’t fight to protect them?

These things are happening all the time. There are those in power who rape the Earth, destroying your children’s future, and people just quietly and ineffectually protest, having collapsed into apathy and powerlessness. When the Earth is destroyed along with your children, all those who didn’t fight share the karma. I am sure you will agree that it is a very heavy burden to bear.

The Power of Cursing

So we need to consider the subject of cursing. This ability was first given to the roman witches by the Goddess Aradia, to fight back against oppression. It is an important survival gift when we are oppressed and disempowered to a point that our lives begin to fade. It is just as appropriate today, as the control and oppression of our leaders takes away all our rights, all our freedom, and all our power until there is no other way of fighting back apart from magick. When people lose so much power, they get seriously ill. It is because magick is the only way left to fight back that it has been so suppressed by the authorities. But so long as you don’t believe in their lies, it is still our one weapon to protect ourselves.

The ability to curse is not always something dark or evil. When I had need, and the plants showed me which ones I could use to curse, it was in a very loving way. Nature always tries to provide for our needs for survival. So if I see someone who is so disempowered that all he feels is pain and rage, and wants to curse his oppressors, to try and talk him out of it would be to deny his right to survive. I am not going to do that. Secondly, if I am to empower people, I must let them make their own decisions and follow their own conscience, not impose my views upon them. Thirdly, healing requires non-judgement. To judge another person is to disempower and manipulate them. So if someone decides to curse and you meet them with harsh judgements, you are being disempowering and manipulating and motivated by fear. Then you are no better than they are, so don’t bother to play holier-than-thou. Each person has the right, and the power, to decide for themselves when they need to fight.

Evil in our Times: The Codex Alimentarius

As an example, one body I would actively oppose is the codex alimentarius. They intend to ban all organic farming and natural medicines, even making it illegal to grow herbs, or even sprouts or anything considered to have benefits to health. Their plan is to keep the whole world sick, so that they are all drug dependant, thus creating maximum profits. Many people wouldn’t believe anyone could think like that, but we must remember that these people are not like you or me. The codex alimentarius was started by I.G.Farben.

The over-manager of I. G. Farben, Fritz ter Meer, and twenty-six other I. G. Farben employees were deeply involved in what the Germans called “the killing of useless eaters” or people who had lives not worth living. They provided the chemicals that were injected into the hearts of death camp prisoners, as well as having manufactured the gas, Zyklon B, used to kill them. After World War II, they were incarcerated for four years by the Nuremberg War Crimes Tribunal.

While imprisoned, Fritz ter Meer hypothesized that food was the answer to gaining world power. He concluded that “he who controls food, can control the world.” He later became the head of Bayer Pharmaceuticals, and he called together the executives of former I. G. Farben, suggesting a letter to urge the United Nations take over the regulation of world food. Fifteen years after they were convicted in the Nuremberg War Crimes Tribunal, this actually happened. In 1962, the Codex Alimentarius Commission was formed.

So we are up against a totally evil organization that will totally destroy the health of the whole world. You should be able to appreciate that in this World there are extreme examples where it is evil not to destroy. With such an evil trying to ruin us all, isn’t it irresponsible not to fight them, before they destroy the World? When Britain and America were preparing for war, many people protested, though ineffectually. The present threat is much greater. It looks as though the World will end with a whimper rather than a bang. And all those who didn’t fight it will share the karma, which will indeed be heavy.

Co-create a Miracle or Pay the Consequences of Apathy

Many people are stuck in powerlessness and apathy, as they think they are not able to stop this. After all, how can we be responsible for creating our own reality when someone else is about to destroy it? If not enough people fight with us, maybe our efforts will be in vain. Well here is an occult secret that changes all that: there will be two separate realities. 2012 will be a bifurcation point, where some people go into disaster and others go for the miracle. You may already notice that realities are already separating in a small way. Some people seem to be living in a slightly different reality from others. This has happened before at the end of Atlantis, at least twice. We have evolved from an Atlantis that was destroyed. There is a separate reality in which it succeeded. This happens about every 12000 years.

You only get to be in the miracle by co-creating it. You don’t get there by sitting on the fence. So all those who work on change will be in the miraculous reality. These are the people who become whole, which means embracing their shadows, taking back their power and taking responsibility for their World. All those who sit back and let the World gradually be poisoned will share the heavy karma of it. What this means is that they will be disempowered and poisoned and bound to a near dead World, and have to spend many life times rebuilding, before they have another chance at the same lesson.

Take Back Your Power

So I bid you to become whole, embrace your shadow, take back your power, become a sacred activist and fight for all that is good and beautiful.

Sign up to my email list and get access to my free “Take Back Your Power” e-course to support you in this. You might also be interested in my Magick – The Faery & Dragon Path course which focuses on developing our magickal powers.

Other courses to help you consciously create your reality and to dis-create whatever you don’t want in your life are Ultimate Healing Part 1 – Self-Healing and Psionics Course.

4 thoughts on “Alignment: Light vs Dark”