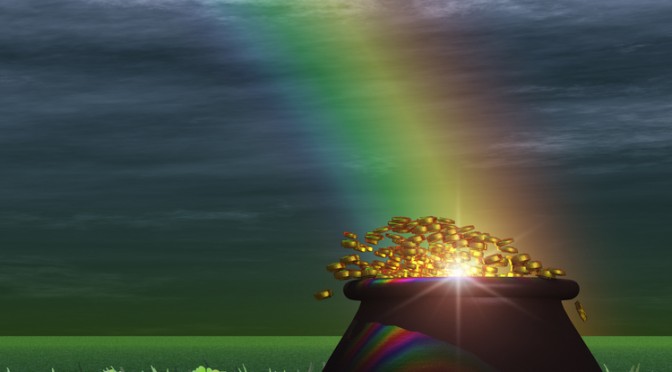 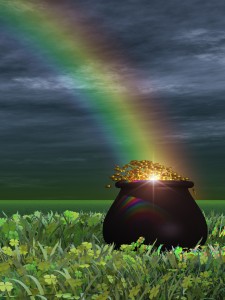 If you have ever read through old grimoires (textbooks of magick), you will have found some amazing claims for magickal powers resulting from long spiritual disciplines, such as flying long distances, manifesting money out of nowhere, making a purse that is always magickally filled with cash etc. Some you would either dismiss as fantasy, or suspect that the message is highly symbolic and cryptic. Having been through many such disciplines, I would like to explain what the results actually are. I will begin with a traditional wealth magick practice, which involved 41 days of chanting a specific prayer 14,000 times each day. At the end of it, according to tradition, there should be a pile of gold under the pillow. As you may suspect, such disciplines put one into an altered state in which one perceives other realms. However, much more can be said about what this gold is, and how to use it.

After 41 days, sure enough, there was gold. Not physical coins, but a bright golden energy, that was unmistakable in my altered perception. Rather than try to pick up this gold physically, I continued the meditation to understand how to use it. 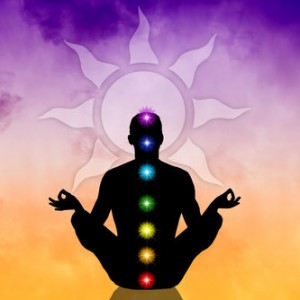 When I first experimented with such rituals, the manifestation was quite random. For example in my Body Electronics courses, when I first tried out points for the crown chakra, after the session I had lots of money coming in. It was a dramatic increase that couldn’t be swept away as mere coincidence. I have found that it is through the crown chakra that the energy of abundance enters. When I repeated the process two years later, it brought in an abundance of sex. It took a while to realize that I could decide what kind of abundance I wanted, simply by being aware of the different levels and having the intention to step it down to the appropriate level.

The best thing about the 41 day discipline, is that once it has been done, the power can be passed on to others without all the effort. It’s a bit like passing on a reiki attunement. This abundance empowerment is what is now called the Nur Qudrat Rizki Semesta. Once you receive the empowerment, it only takes about 20 minutes a day for three days to ground the energy, and then a very short prayer once a week to keep the abundance flowing. Keep in mind however that you must then direct the abundance to the level you desire. When you do the prayer and energy flows in, that’s when you choose how you want to manifest it. A few seconds of visualization is all it takes.

Another very tangible power I gained through intense spiritual discipline was invulnerability. This too is easily passed on, through the empowerment of tenaga dalam. The empowerment gives you a boost equivalent to 2 – 4 years practice, so you can test it after just one week’s practice (I give advice on how to do this once you have received the empowerment). Being invulnerable to sharp blades is not necessarily what you need, but like the abundance empowerment, I find the level of protection adaptable. For example, when I first gained it, I suddenly found false friends and confidence tricksters being weeded out pretty fast. The energy of protection will adapt to wherever you need it. However, I wanted to point out that the invulnerability to sharp weapons is a very real phenomenon that I and some of my students practice and demonstrate. I would discourage anyone from getting too silly with this; I would take a machete strike, but wouldn’t try it against a Japanese katana, and I only met one master who could stop bullets. Many use it as a protection against black magick and negative entities, for which it is extremely effective. See also my article “Radiation Immunity and Protection” which references immunity to radiation reported by tenaga dalam masters.

These magickal powers and other metaphysical empowerments can be found on my website. They can be given at a distance or in person during a private session or a group process. You might also want to join my Magick – The Faery & Dragon Path course where the focus is on developing our magickal powers.

Please Contact me if you would like to know more about a particular empowerment or for an empowerment recommendation for your specific circumstance.

3 thoughts on “Legendary Magickal Powers – How real are they?”