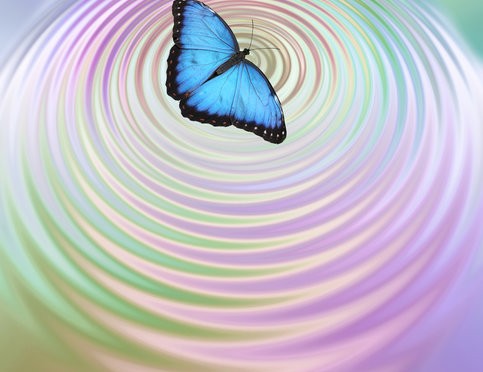 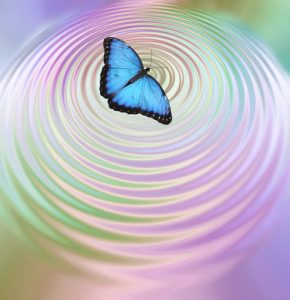 Karma is often described as action or learning. Another descriptive word I want to add is momentum. Karma is the momentum you have set in motion one way or another, that once started, continues in the same direction. In its simplest form, upward momentum is when you successfully create something, and that success increases your positive expectation, so next time you visualize something your success is increased further. Downward momentum would be when you fail, your expectation is lowered, so future attempts at manifestation lack hope and continue to fail. Upward or downward, momentum tends to build if you continue what you are doing.

The process gets more complex as we understand the generating forces that empower our manifestation. The tools of creation are our desire, imagination and expectation. The generating forces are our value, gratitude, love, intimacy and trust. It is value we most need to understand in relation to karma. When we act in ways that go against our own conscience, we lower our value and therefore diminish our ability to create positive realities. Note that it is our own lack of value that blocks us; not some deity watching over us punishing us for our sins. That’s a rather childish perception which doesn’t fit in with the knowledge that we create our own reality.

The impact of shame

We all have a conscience as part of our individualization. It’s our conscience that tells us what’s right and wrong for us, rather than for everybody. Our principles vary. To some, truth is most important. To others compassion is most important. You build your worth and develop your individual power and destiny by acting according to your own principles. When you go against your own principles you either feel remorse or shame. Remorse is when you have made a mistake. With shame you are the mistake. Once you feel defective you always fail in the same way. So you will have a continuous pattern of the same dysfunctional behaviour creating more and more shame. Shame tends to excuse itself, whereas remorse seeks forgiveness and change. It is all the hidden shame that lowers value and stops us from manifesting our dreams.

To release shame it has to be turned back to remorse. You have to remember your principles and look at where you have failed in them. You then begin a process of redemption that has four stages: recognize, acknowledge, forgive and change. You won’t forgive until you admit you have done something wrong, acknowledge responsibility for it, and be willing to change. It won’t work to admit a mistake then start blaming circumstances. You won’t really forgive if you are not going to change, and you won’t change if you don’t forgive. Shame will keep you failing in the same way. If you look at when you forgive others, it’s usually when you feel safe that the offence won’t be repeated. It’s the same with forgiving self; you have to know you are changing.

Forgiveness is something not adequately dealt with. Everyone tells you to do it, but don’t tell you how. People often deny their emotions rather than truly forgive. Forgiveness is actually a process that has 7 stages: Denial, blame, self-pity, indignation, becoming aware of the pattern how you keep failing in the same way because you feel flawed, stepping out of the pattern, stepping into the resonance of being forgiven.

Accept that all 7 stages are there, then go through each one consciously. Go through the denial, then blame. You will blame others then end up blaming yourself. Feel sorry for yourself for being caught up in this pattern. Feel the indignation; the righteous anger that this all happened in the first place. Once you have gone through the emotions you will then observe the life long pattern: once you feet flawed you always fail in the same way. Then be willing to step out of the pattern. Finally, you return to what you really want; the feeling of living according to your principles. You then feel yourself coming back to love. It’s useful to do a simple ritual of forgiveness and return to love at this stage.

To build real value, it’s useful to understand the dynamics by which all human beings seek to earn value. There are 4 dynamics, with vastly different levels of value. The lowest dynamic is known as supplicative value. This means continuously trying to get other people’s approval. The second dynamic is combatative value. This means putting other people down in order to make yourself feel better. This level is the cause of much dysfunctional behaviour. It leads to all the dumping of shame and undermining which is at the root of many patterns of abuse. The third dynamic is called competitive value. Here you don’t so much put others down, but always try to look better than them. The highest dynamic of value, which is far higher than the other three, is called cooperative value. You earn value by increasing the value of those around you. If you really want to build value, this is the dynamic you should learn to operate on. Through this your individual strengths can shine.

It is the understanding of value which explains the common understanding of karma, which seems to be about the gains of good behaviour and the negative come back of bad behaviour. You can now step beyond that childish interpretation and be more responsible for creating your own reality. With high value you can create your dreams. With hidden shame you create crap.

I will add a little about gratitude. Gratitude with value produces the alchemy that attracts more of the good things you want. It doesn’t work without value. But once you are building value, gratitude is the next useful ingredient. There are two secrets to understanding gratitude: first, don’t confuse it with complacency. As a child you may have often heard statements like “be grateful for what you’ve got”. This is complacency, usually based on your parent’s lack, when they can’t give you what you want. You can be grateful and still ask for more. Secondly, gratitude is demanded of you by the Gods, but given to you, for your benefit, not theirs. So there is no weight of gratitude. It is a positive feeling of celebration of the generosity of the universe, which works with value to create the powerful upward momentum we call good karma.

Read my other articles on karma.

Subscribe to my blog (top right) to receive my new articles in your Inbox.

3 thoughts on “Karma: momentum and value”