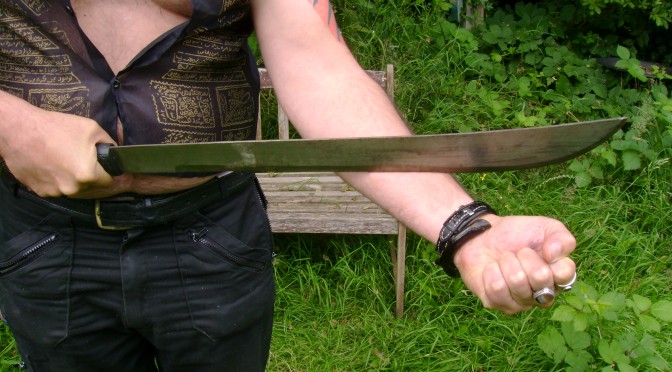 Why Use Javanese Magick?

Having travelled the world and learned many ancient magickal traditions, Javanese magick is the most powerful art I have ever come across. With the intense changes that are upon us, this is the kind of power we really need right now – particularly in the realms of magical protection.

I want to start with its brief history. This is something I have pieced together from Kahunas of Hawaii, Berbers of Africa and Javanese Sorcerers. Where these tie together, is that they all share the same history; they all came out of Egypt.

When Egypt was invaded by the Greeks and Romans, 11 of the magickal tribes left and went overseas. A twelfth tribe remained in Africa and became the Berbers. The other 11 tribes first settled in Java, and later moved further on to Hawaii, where they became the Kahunas. Their pronunciation of Hawaii is actually Hava-ee-ee, which means little Java.

Java has kept up a very powerful magickal tradition. More recently it is largely Islamic, but even this has been adopted to reclaim more of the ancient Egyptian knowledge. They practice an Islamic magick known as Al-Hikmah. The magick there now consists of a curious mix of Javanese and Arabic prayers. Arabic was the first written language of Egypt. Much of Islam has been adapted from this ancient Egyptian knowledge. The 99 names of Allah are similar to the 99 divine names of Pa Ashetat, (The Prayer) in Kemetic (an ancient Egyptian language). However, whereas most Islamic countries view magick as a sin, the Javanese adepts use the knowledge to further their magick.

I will cover a few basic specialities of Javanese magick: 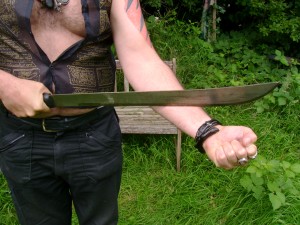 The first is invulnerability. This can be demonstrated against sharp weapons, fire, poison and even bullets. This is a basic need on Java, as knife fights are quite common. Through the practice of Tenaga Dalam, the body is fortified with magickal force, so machetes and other sharp instruments bounce off without leaving a scratch.

This has two areas of interest in our modern world:

While we don’t experience so many knife attacks here, life has many other dangers these days: radiation, electromagnetic pollution, environmental poisons, con-artists, accidents. I have found that Tenaga Dalam adapts to our needs. When I first used it, false friends and confidence tricksters where quickly flushed out. Students of mine have reported being totally unscathed from serious accidents. It totally fortifies the body and energy field against poisons, drugs and radiation, as well as magickal attacks and other negative energies. There are very real fears these days about possible forced vaccination, irradiation and mind control. Tenaga Dalam can neutralize the effects of all these forms of abuse. Apart from magical protection, it also develops great charisma, which is useful in both personal and business relationships.

The second speciality is the conjuring of Khodams. A Khodam is basically a spiritual helper, usually considered to be between the Djinn (known as genies in English) and angels, but the name seems to apply to any magickal servitor. Because of the Islamic influence, these are most commonly Hafadoh angels; a kind of personal guardian angel, but can include Djinn, a local forest elf known as Orang Bunian, and Dragons. They work with the Tenaga Dalam to increase one’s magical protection and invulnerability. The advantage is that not only are you impervious to various threats, but the Khodam is highly intelligent and will guide you away from problems and towards success. They are also magickal allies, so will add power to all magick you perform, and improve your magickal and psychic development. Having a Khodam as a helper is a must for any Sorcerer.

Other Magickal Allies – Tigers and Dragons

Another popular spirit helper is the tiger. Shamans on Java like to have a tiger spirit guardian, as it gives a very strong charismatic and authoritative presence. These powers can be passed on through an initiation called Senggoro Macan.

The Strongest type of Ally the Sorcerer can gain is a Dragon. These are a lot more powerful than angels. There are a few kinds of dragon known on Java; the most popular magickal Dragon being the Nogososro. It takes a higher degree of initiation to work with these. One of the most powerful initiations is the Makuto Nogososro, meaning Crown of the Dragon. It is said that whoever has the Dragon’s Crown will be powerful. The Nogososro is a great source of magickal power, and is used to defeat other Sorcerers and to take and absorb their powers.  It is believed to overcome any other power. This brings us to a third speciality; cursing.

With much competition amongst Sorcerers, and magickal battles, both attack and defence are well developed in Javanese magick. Although adepts in Java generally have a concept of karma, it is considered OK to use one’s power to destroy tyrants who are causing suffering. There are various forms of attack which can destroy business, cause sickness or death, destroy the mind, or even make buildings crumble and fall apart. The traditional Black Dragon Curse will make one’s victim fall gravely ill and eventually die. The Islamic power of the Karomah Kabah can strike your victim blind, dumb or lame, and can decay and destroy buildings and vehicles.

The fourth strongest magick you see on Java is the love magick. There are many kinds of love spell, and these can be extremely powerful and persuasive, even when it probably isn’t such a good idea. You see the kind of legendary power that the love-lorn dream of; spells that totally obsess the mind of the target, so they come to you quickly, almost a willing slave. Some spells actually use Djinn to possess the victim’s mind. These have an extremely hypnotic effect. Some of the Islamic spells are safer, and draw in love more naturally, without resorting to such control. They work more slowly, but they do work.

Beyond these, there are spells to heal relationships, protect ones home from thieves, increase sales (if you have a shop or business), and draw wealth in many ways.
Javanese Magick Course

I run a series of weekend workshops on Javanese Magick giving these powerful initiations.

I also offer some of the Javanese Magick empowerments remotely.

9 thoughts on “Javanese Magick – Origin and Specialities Including Magical Protection”