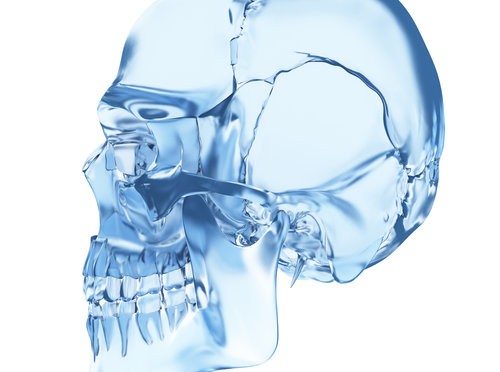 The Origins of Cranial Healing 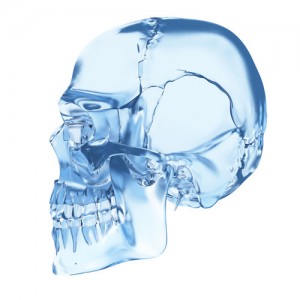 The deep healing effects that can be produced through cranial healing were first discovered by William Garner Sutherland, an osteopath working in the early to mid 1900’s who was the founder of craniosacral therapy. Sutherland largely experimented on himself to find the effects of subtle changes to the alignment of the cranial bones. He discovered that every organ in the body is affected by the cranium, and that cranial scoliosis accompanied and proceeded spinal scoliosis. So although it is still useful to work on the body and the spine, the deeper cause of imbalances could be removed by working on the cranium.

The Root of the Problem often is in your Head

In my work with Body Electronics, we use this principle to move deeper and deeper into the hidden cause of one’s problems. It is through cranial work that we get to the “bottom line” issues people have at the root of all their more obvious problems. We would usually have done a certain amount of work on the body and spine, which involves the release of deep seated memories, beliefs and emotional blocks, and then move on to cranial work, which generally forms the second week of my Summer Intensives.

Cranial work tends to be a lot more powerful. We no longer work through memories one at a time, but having shifted consciousness to a deeper level of creation, remove whole groups of patterns from their bottom line, very quickly. The work is a lot more intense, but smooth and very transformative. The shift in awareness is largely linked to the opening of the Crown chakra, which is an integral part of this form of cranial work.

Opening the crown chakra moves us into a state of pure awareness, how we were at the beginning of creation, where we can observe the whole of our creation. From this awareness we no longer need the various techniques created to deal with the complex problems we encounter, as pure awareness only does three things: creates, experiences then dis-creates. I use the term dis-create rather than destroy as it is not an active process, but rather a passive act of allowing a creation to fade to nothing because you have finished with it. What normally stops us from doing this is unwillingness to experience the creation. Once we let ourselves experience a creation from this point of pure awareness, we can easily dis-create it.

This is a process we might normally do over many years. As we explore any situation fully, we go through various emotions and thoughts, until we have fully explored it from every angle and there is no more emotional charge on it. We then tend to dis-associate ourselves from it, define it, and then it tends to fade away. This is a process we can learn to do in moments.

You will find that when you welcome one emotion it is never alone. Other thoughts and emotions follow, as you find yourself experiencing a complex creation. For example, it may be a pattern of abusive relationships you explore. There will be pain, disappointment, anger, fear, various memories and recognition of various reactions within you. We don’t try to focus on one part of the creation, but allow our consciousness to expand over the whole. Having embraced all the emotion, we reach a point of dissociation, where we can label the creation, and recognize that it is not ourselves, but simply our creation, then let it fade away. Then the pattern is healed permanently, and all bodily imbalances associated with it are healed.

Another example of moving beyond individual memories is forgiveness. A common problem encountered when healing shame is that there is not just one event to forgive, but a life long pattern of personal failure, as once you feel flawed you always fail in the same way. So shame tends to reinforce itself in a vicious circle, as you will keep making the same mistake, and the underlying feeling of being flawed is never dealt with. When you expand to a wider perspective and see the whole life-long pattern, you step out of it and dis-create the whole pattern. Shame is then removed permanently. 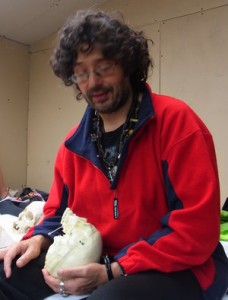 There are also some very useful metaphysical implications of this type of cranial work.
First of all, when the cranium is correctly aligned, it acts as a powerful amplifier of thought power. You may have heard about the power of the crystal skulls in amplifying your power of thought projection. Well your own skull will do the job just as well when it is healed. It has been said that it can amplify one’s power of thought projection up to 10,000 times. I don’t know how this was measured, but you get the idea; it is a powerful amplification.

So this brings up the concept of responsibility. Obviously, a person who constantly harbours negative thoughts could be a real danger to themselves with this kind of power. But the very process of healing the cranium involves self-responsibility, as you are observing the process of your thoughts creating various situations in your life. Before anyone gets caught in any metaphysical argument about responsibility, I would remind you that responsibility is not fault or blame, but the ability to respond.

It doesn’t mean that you create absolutely everything in your life, as everyone has impact, so the world around you has a say in everything. However, you also have say in everything. Some things you are responsible for creating, other things you are responsible for allowing. This is not fault, just a measure of your level of personal power. For instance, if you were abused as a child, you didn’t create it, but did allow it, only because you were not strong enough to stop it. A child never is, but as an adult you can gain personal power and change everything. This personal power comes from the solar plexus. Cranial work also affects the solar plexus via the vagus nerve. It will stir up all the power issues and bring you to a position of personal power. This often requires to you to encounter your rage and your shadow.

The second metaphysical benefit is the healing of the pterygoid hamulus, a tiny bone situated above and behind the teeth, which is nearly always damaged in adults. This bone, when correctly structured, acts as an antenna, and gives the potential for psychic ability. It’s through this little antenna that you pick up messages from guides, and thoughts from others. This does not make you vulnerable or over-sensitive, as the last effect worth mentioning here is that the assemblage point becomes so sharply focused that it is impossible for anyone to hypnotize you. So you have full awareness of everything without being controlled by your environment, and great power to effect reality, and particularly, greatly accelerated manifestation.

Cranial work is the focus of the second half of my Body Electronics Ultimate Healing Course that I run annually in July in Devon, UK and sometimes in The Netherlands and Thailand also. Completion of both weeks of the course allows you to participate in my four Body Electronics Advanced Pointholding courses where the focus is generally also on cranial work.