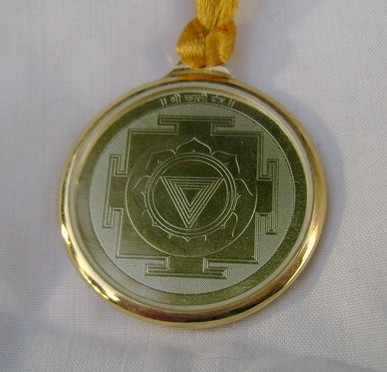 The difference between an Amulet and a Talisman

Amulet comes from the Latin word amuletum, meaning an object that protects a person from trouble. This differs from a talisman, which derives its name from the Greek word talein, meaning to initiate into the mysteries. So the basic difference between an amulet and a talisman is that an amulet is worn solely for protection, whereas a talisman is worn for mystical development and a wide range of spiritual benefits.

Amulets derive their power through religious symbolism which acts as a conduit for the grace of the divine. Like a talisman, an amulet should be chosen according to your religious leanings and symbolism that is meaningful to you. The symbols can include images of various gods, or their totem animals, plants or gems, sacred writing, words of power, runes, symbols or images of saints or a simple spell.

A gemstone can itself be considered an amulet, if it is worn for its protective qualities. Certain gems, such as carnelian, have a strengthening effect on the auras, and therefore offer a certain level of protection on their own, but are greatly enhanced if empowered with a spell or linked to a particular deity through prayer. 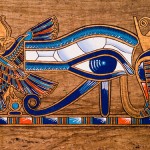 In Africa they called their protective amulets fetishes, which were carved in the images of people, Gods or animals. Later, more complex magickal systems used grids of numbers or sacred letters. If you look throughout history, you will see that the most successful cultures took amulets seriously. Warriors learned to depend on unseen forces for survival; forces discovered through close relationship with Nature. It is obvious that there is a lot more to it than superstition.

There are three main considerations in the preparation of an amulet.

The choice of symbolism, the material the amulet will be made from, and the invocation of power into the amulet. As mentioned before, the symbolism must match your religious inclination. That way, the amulet becomes a symbol of your personal faith in the unseen. You should pick an amulet made with the symbolism of the God you believe in, or feel greatest rapport with.

The material should have strengthening virtues in itself, but should also be a sacred material under your religion. This can be wood from sacred trees, bones from holy animals or saints, gemstones, or precious metals. As an example, carnelian is a protective gem that is sacred to Sekhmet. If you follow Egyptian mysteries, and you consecrate a carnelian to Sekhmet, it can become a powerful protective amulet. Other examples; in India, the Tulsi wood is sacred to Vishnu. In Indonesia, the Stigi wood is a protective amulet. In the Norse tradition, Ash is the sacred tree of Odin, into which runes are carved.

The final step is the consecration. This is the step where power can vary greatly, so you should choose a practitioner of magick with great care. Never buy mass produced amulets made of pewter or other cheap metals. These are merely superstition and will not protect you. If unsure of the manufacturer, it is always best to make your own amulets, as that way you know the devotion that has gone into it. Even without knowledge of the correct rituals, simple faith and dedication can go a long way. However, for a really powerful amulet, you should seek out the most powerful magickal practitioners.

Advice for choosing a practitioner of magick

As it is your protection you are dealing with, and possibly your survival, choice of practitioner should take maximum priority. A well-made amulet can keep you safe against all kinds of calamity for a life time. There is nothing more irresponsible than selling powerless protection items to someone in need of protection. Therefore, take time to get a feel for each practitioner. Something in you will sense where real power lies. Above all, be on guard against the hard sell. True magicians do not put you into a state of panic or desperation. That is not a good energy to start with. A good magician will make you feel confident and increase your feeling of self-reliance, as well as faith in the divine.

A good guideline is to seek masters within an ancient tradition. There are many new age type occultists who may be quite enlightened but lack technique to focus the power. Ancient rituals can provide a powerful focus, and someone who has taken time to learn them is probably of great experience and devotion. You can find such practitioners in the east, such as the Payang shamans from Java, or Islamic or Hindu saints in India. You can sometimes find experienced adepts in Eastern temples. There are very few scattered in the West, so you will need to consider very carefully and let your intuition guide you.

Amulets can be prepared containing Djinns (Genies), khodams, devatas or dragons in appropriate materials. Devatas go in a yantra locket; dragons go into wood or carnelian; djinns can be put in rings or pendants; and khodams can be put in mini keris, which is a small magickal knife. For explanations of the different powers provided by these spirits, see here.

15 thoughts on “Amulets for Magickal Protection”